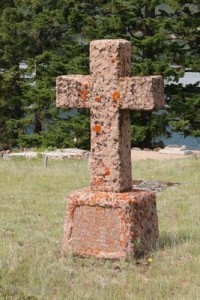 I have seen a lot of suffering in dying. I have seen feeding tubes put in, organs transplanted, cancer removed all in an effort to avoid death. I have seen bodies radiated, medicated and mutilated in order to prolong life. Sometimes it works. Sometimes it is worth it. Sometimes the suffering is short. Often it is not. Often we only prolong suffering. Often we forget the kind of life we are saving them for. We sometimes deny people a good death only to have them struggle with slow decline.

My father’s death was horrible but also kind of perfect. There was little struggle. It was expected. There was no fight. We had no choice but to accept it. We got to prioritize him. We spent time as a family that we don’t often do. All the other events in our life became unimportant for a while. I got to nurture, comfort and protect him in ways that I never did before. He got to see how strong we were and feel the pride of knowing he did well by us. While he suffered, it wasn’t long. There is something beautiful in that kind of death. We had no choice but to embrace it.

Not all deaths are peaceful and expected. Death is often about trauma, heartache and failure. We sacrifice the last moments with our loved ones to doctors, medics and machines. We pull people from the brink of death only to have them have to do it again. What if we viewed death differently? What if we recognized its inevitability? What if we prioritized a good death rather than a longer life? How would things change?  What if death was about life, about connection, and about celebration?

Contemplating the end of my own existence is sad. I enjoy life. I enjoy watching my family grow and change. I would not want to miss any of it. I have come to think of my death much like I thought of birthing my children. I worried about the potential pain and the uncertainty about what was on the other side. As I got further along in my preganacies I worried less. Labour is a natural process that I would get through one way or another. There was no choice. It is a part of life that all mothers experience. There is a deep connection there to my ancestors and to the future generations of my family. I wonder if there is a similar feeling of connection in death.

It is not my place to judge people’s choices. I have no doubt that if faced with a fatal illness I too would fight. I just also hope that I would know when to stop. I hope that I will spend my last moments with someone peacefully rather than in traumatic desperation.  Either way I will have to do it eventually. It is on my to-do list, although at the very bottom.